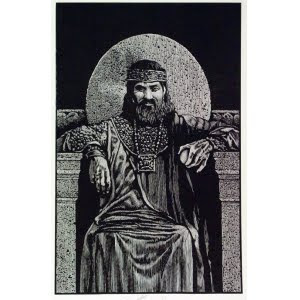 Hello, I am King Solomon. I am the son of King David, and I was a king during the ninth century (before Christ). I served as the king of Israel for almost forty years. During that time I had the amazing temple of Solomon built in the city of Jerusalem. This amazing temple was used to house the Ark of the Covenant. In my rule I organized the nation of Israel into twelve different tribes as well as twelve administrative districts, one for each tribe.
I was widely known for being one of the wisest men on the planet. One famous story about me is the two woman who both claim a baby belongs to them. I decided to cut the baby in half, but when one woman decided to give the baby to the other woman to save the baby, I deduced that she was the real mother and gave the baby to her. I have also written the “song of songs,” as well as the book of Ecclesiastes, in the bible.
Posted by king solomon at 1:09 PM